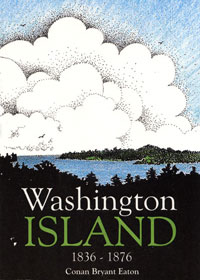 “The early 19th century brought huge change to the region that became Wisconsin.”

The first third of the nineteenth century brought tremendous changes to the region later to become the State of Wisconsin. The ending of the War of 1812 gave the young United States the opportunity to control and develop this vast and virgin region. In quick response, the federal government built forts to house units of the Army; used pen, purse, and sometimes force to subdue and remove all but scattered remnants of the Indian tribes; and vigorously set about examining, charting, and subdividing this tempting land.

Meanwhile, developments beyond the realm of government produced the means and generated the pressures which could fill with human enterprise the natural condition which white men considered an abhorrent vacuum. In America’s eastern states and in Europe, men looked westward for land and opportunity; the invention of the steamboat made large-scale migration possible, while a plethora of emigrant’s guides praised the west country in print and pointed the way; and freshwater fishing as a source of livelihood began reaching into Lake Michigan from the Straits of Mackinac.

In 1832, the flare-up of the Sauk War and its quenching with the capture of Black Hawk turned the attention of emigrants to this region which within four years would gain civilized status as Wisconsin Territory, while small bands of natives still frequented isolated patches of their ancestral lands.

Few such campsites were more isolated in 1833 than the Island of the Little Detroit. The Ottawa Indians there had expressed the wish to see and hear a priest and preacher of the faith in their locality, and Father Frederic Baraga came in a small canoe from the northeastern shore of Lake Michigan to see these lost sheep. He wrote in June to his sponsors in Vienna: “May 14 was the happiest day of these poor Indians, and also for me it was one of the most beautiful days of my life. On this day, I baptized 22 of these Indians.” He promised to return; they promised to build a small church of wood. Together, they selected the place.

Late in August, he wrote again: “On this second visit I had the consolation of actually finding a small chapel of tree bark, which I blessed to God on August 9 under the name of St. Vincent de Paul. . . . I also blessed there a small cemetery for the burial of Christians.” 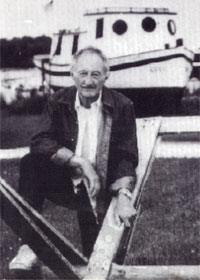 The Indians probably moved about with the seasons. In August of 1835, as Jesse Miner tells it, they found their secluded island encroached upon by two young fishermen who had wintered there. In the night, the Ottawa attacked. Neither arrows nor the round bullets of their smooth-bore rifles could penetrate the shanty’s log walls; but in shooting back, one fisherman exposed himself at a small window and was killed. Soon after daylight, the Indians removed their dead to Washington Island. Then the surviving white man saw the sail of a government vessel, hailed it, and was rescued. When the ship docked at Chicago, says Miner, two of his uncles were present and heart the story from the crew.

Basic elements of Miner’s story appear in Sturgeon Bay Republican, February 15, 1894, “Shipped Stone in 1832,” where J. E. Defaut, aged 76, tells of his being cook on the schooner Victory which rescued the surviving fisherman. Jesse Miner might have read the newspaper story, but we see no reason to question his claim that his uncles were present when the vessel docked at Chicago; differences between Defaut and Miner in the year and in some details are not surprising under the circumstances.

Thus, the Island of the Little Detroit probably sheltered the island’s earliest Christian church, and may have been the scene of not only their first white settlement but of their only recorded killing of a white man by Indians. Yet, despite these early signs of advancing civilization, the dragon-shaped island long remained the most nearly pristine of this group of islands.

Several months before the little frontier tragedy, plans were well afoot for the building of a lighthouse and dwelling on Pottawatomie Island at the entrance of Green Bay. (Government surveyors working in the township called the small island where the beacon was to be located “Rock.”) The tribe whose name these islands had borne for nearly 200 years was “scattering,” said the Green Bay Intelligencer, which added, “There is something connected with the emigration of these miserable, misguided creatures, from their old hunting grounds which we cannot bear to contemplate.” Sentiment aside, the editorial judgment of the same newspaper of 15 months before was now manifestly true: “The barriers of distance, a forest obscurity, and the intervention of inland seas, were now overcome . . . and this hitherto unknown land was fairly exposed to the enterprise of American Citizens.” From this time onward, Indians made sporadic appearances on the islands (usually in very small numbers) well into the 1900s. But they seem to have offered little threat to incoming settlers.