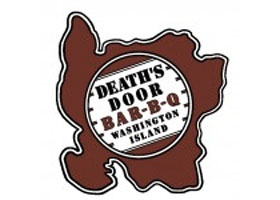 WASHINGTON ISLAND, WI, August 31, 2015 — In an exciting reprise of their 2012 win, the T-Mac Smokin’ barbecue team from Appleton once again claimed the Grand Championship prize at the 4th annual Death’s Door BBQ (DDBBQ) this past Saturday, August 29 on Washington Island. When Tom McIntosh and his crew received the 2012 award, it happened to be the event’s inaugural contest. Their Grand Championship win later took T-Mac Smokin’ to Kansas City, MO, location of the Kansas City Barbecue Society, where the team finished second in the American Royal Invitational contest, with 100 top teams competing. 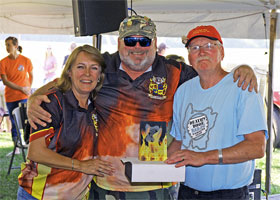 A crowd of over 4,000 attended the 4th annual DDBBQ event, despite the clouds that initially loomed overhead. By late morning, the dark skies had cleared and small planes began arriving at the Washington Island Airport site. Afternoon activities included the savoring of excellent barbecue and other foods, kids’ games, and music by the Alex Wilson Band, whose accomplished blues entertained the crowd up to the awards ceremony.

Just before the awards presentation, a raffle drawing was held for a Traeger pellet smoker donated by Mann’s Mercantile and a half hog processed by Marchant’s Foods and then donated by Robert and Patricia Cornell. The DDBBQ raffle winner was Ann Heer of Kewaskum, WI. 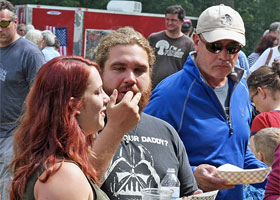 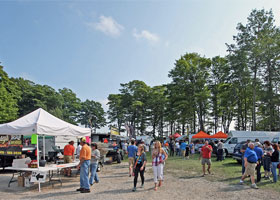