WASHINGTON ISLAND, July 16, 2010 — With musicians Michael and Julie Thornton taking a leave of absence this year, Director Stephen Colburn has invited some new faces to perform during this year’s Music Festival.

The Festival opens on Monday, August 2 and the classical portion concludes on Friday, August 13. An “Under the Big Top” concert featuring Island performers will be held on Thursday, August 19 with Julian Hagen and Cindra Hokkanen once again directing and recruiting performers.

The Festival’s new horn player is Mary Gingrich, a resident of Wilmette, Illinois. Gingrich has performed in Chicago Symphony Orchestra tours in over 10 countries. In Chicago, Gingrich plays with Ars Viva and has substituted with the Chicago Symphony Orchestra, Grant Park Symphony, Chicago Sinfonietta, Southwest Michigan Symphony Orchestra, and Lake Forest Symphony, as well as with several other musical groups. Mary is also an active painter and printmaker and has showed her artwork in Chicago, Boulder Junction, Wisconsin and the Washington Island Art and Nature Center.

Madelene Campos, a seven-year performer with Lyric Opera, is the Festival’s new flute and piccolo player. In addition to playing flute for the Lyric Opera’s performance of the Ring Cycle, Campos has performed with the Milwaukee Symphony Orchestra, American Ballet Theatre, Chicago Philharmonic, Grant Park Symphony and other groups. Campos gave a solo recital for the Dame Myra Hess Memorial Concert Series and is looking forward to playing for the first time at the Island Festival.

A new pianist will also be performing at this year’s Festival. Teresa Drews is currently chair of the piano department at the Wisconsin Conservatory of Music in Milwaukee. An active performer in the Milwaukee area, she often collaborates with WCM faculty and Washington Island Music Festival ensemble members. Drews received a BM degree with honors from Northwestern University and an MM degree from the Peabody Conservatory of Music. She maintains a large piano studio, has taught at several Milwaukee area schools and currently serves as staff accompanist at Alverno College. 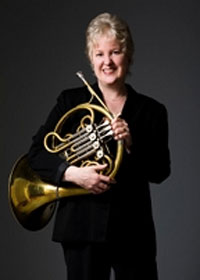 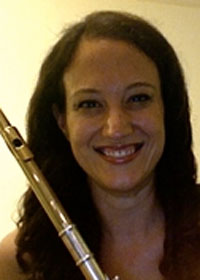 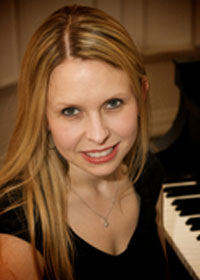 The Washington Island Music Festival operates under the jurisdiction of The Art and Nature Center. The Festival is supported in part by a grant from the Wisconsin Arts Board with funds from the State of Wisconsin and the National Endowment for the Arts.

Music Festival events will be held in the Washington Island Community Center unless otherwise noted. There is no charge for Children’s Concert, Open Rehearsal, Tres Amigos, Appreciate Music with Samantha, and Children’s Music Camp. Festival concerts are $15, students under 18 are $6, children 12 and under are free. For details and a copy of the Festival brochure, call 920.847.3434 or visit www.washingtonislandmusicfestival.com.