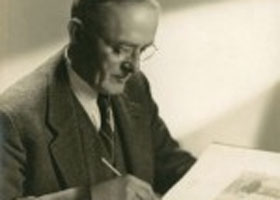 Thordarson had a great impact on the preservation of this unique destination.

Wisconsin’s Rock Island State Park is unique. The entire island is a state park, and it is an unusual mixture of the naturally beautiful and primitive (no cars allowed!) with outstanding architecture and design (a huge stone boathouse, among other structures). It Is the kind of place that, once visited, you never forget.

It would be difficult to exaggerate Chester Thordarson’s impact on the development – and preservation – of this unique Door County vacation destination. Born Chester Hjortur Thordarson in 1867, Thordarson’s family immigrated to the United States from Iceland in 1873. He eventually became a prominent, successful inventor who held nearly a hundred important technology patents. 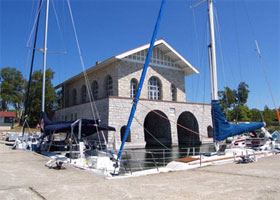 Thordarson began purchasing Rock Island property in 1910 and was intensely interested in preserving the island’s natural beauty. In 1965 the State of Wisconsin purchased Rock Island from his heirs. For more about the life of Chester Thordarson, visit this link:

An excerpt from the book ‘Rock Island’ about the life of Chester Thordarson.