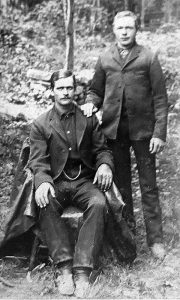 The name “Saabye” is a branch of a family tree that has been securely rooted in Washington Island’s history for many decades, but now the family is seeking more details about that history.

Pronounced Saa (short a)-bee, Hans O. Saabye was an early Danish emigrant who came to America and then worked in Chicago for a year before he heard of “a wonderful place in northern Wisconsin called Door County.”

Moving the family to Washington Island, he and his wife had a son, Christian, who eventually owned and ran the Island sawmill. His grandson Harold Christian Saabye, born in 1913, lived on the island until he left to serve in WWII, and then worked at Al’s Fishery on Grand Avenue in Chicago.

A daughter of Harold, Linda Rejko (nee Saabye), currently lives in Indianapolis, Indiana, and shared some photos from the family’s life on Washington Island: the family farmhouse, fishing and ferry images from the 1950s, and some family portraits. In a recent interview, Linda shared favorite memories, “I enjoyed visiting relatives on the island, fishing, riding bikes, fish boils, and Door County cherries. And I especially liked taking the ferry.” 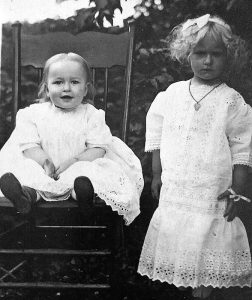 In 2017, Linda is especially seeking more information about her grandmother, Johanna Saabye (nee Jensen). She was told by her father that the Jensen family was originally from the state of Schleswig-Holstein in Germany.

More branches of the Saabye family tree include longtime Island residents Ruth Vogel Cornell, Orville and Esther Wylie, and George and Julia Hansen. Linda mentioned that Esther was the island’s midwife, and she recalled that information about her great-grandfather is in the book “History of Washington Island.” She noted that at one time there was a newspaper clipping of him showcased at the local library. And she still has a tattered copy of a 1947 island church cookbook that includes favorite recipes like Pickled Perch, Scalloped Salmon and Oyster Dressing.

If anyone knows more about Johanna, and can fill in some of the missing information for her descendant Linda, please contact the Town of Washington Island archivist, Steve Reiss, at washislarchives@gmail.com. 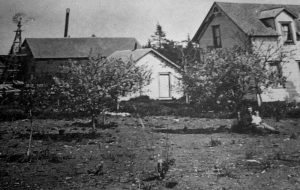